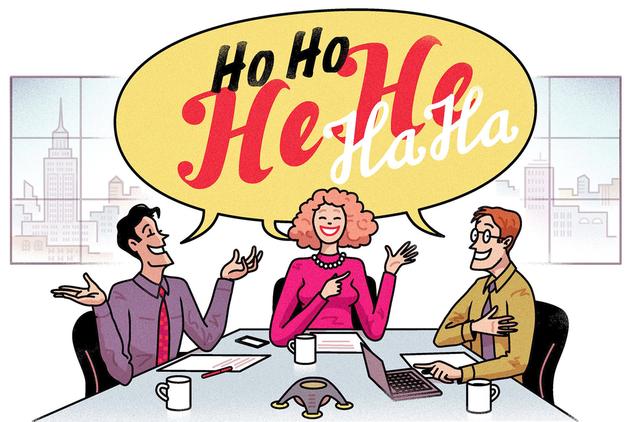 Humor in negotiation? I know I’m raising many eyebrows with this topic. This is because negotiation is many times considered a very serious subject – which it is, by the way! And many times people run business negotiations extremely stiff and sober, rarely joking or even smiling. I’ve been in countless such negotiations and believe me, saying they weren’t fun is an understatement. Yet, I often recall the answer of an international spy to the question “What is life?”. He said: “It doesn’t really matter; you are not getting out of it alive! So, don’t take it so seriously all the time!”

It may be my nature, but I am a big fan of showing myself as a human being, not as a robot. This includes showing my strengths, as well as my weaknesses, recognizing when I’m wrong and also making jokes. I do that not only because of my nature, but also because good quality (and common sense!) humor in negotiation is excellent, as it helps a lot in establishing and strengthening relationships between partners. Several years ago, there was a current of opinion among negotiation practitioners (it was the so-called “Soviet style” of negotiation) that considered a negotiator to be “weak” if he was liked by his counterpart. Fortunately, fewer and fewer negotiators use this inflexible and “stinging” style and believe that a friendly professional relationship is significant;y better. And humor is an extremely important factor in releasing the tensions that inevitably arise in business negotiations. Through humor, we show that we are human, not just robots who have learned a lesson from the outside and recite it in the discussion, who do not smile even if you tell them the coolest joke in the world… Let’s not forget that your sense of humor it helps to have a good, positive mental state, to always see the full half of the empty glass… And in business, this positive mood is exactly what you need to find “win-win” solutions in negotiations.

When I was Marketing Director at Real,- Hypermarket Romania (part of METRO Group AG), we had meetings with many suppliers, whom we always treated as business partners and we tried to develop our mutual relationship. And the humor we used in the negotiations with them played an important role in reaching very strong relationships. Some of them worked on the commercial side with buyers who were a bit “stiff” and who were way too tough with them in negotiations. As a result, several of them asked me to “mediate” the discussions with those “problem” buyers in order to be able to complete some projects. Although it was delicate (obviously I risked stepping on some sensitive toes in the process), I did it with diplomacy and I’m glad to say that we managed to implement some very successful projects.

It may not bring money directly (unless you have a business selling jokes), but humor in negotiation helps tremendously indirectly by “humanizing” the participants. In a negotiation (especially if we don’t know very well the other party), we might get stressed and think about the worst possible outcome. This internal stress can lead to tense situations during the discussion, and even to the negotiation deadlock. If, however, we are at ease and try to relax the atmosphere with a few “innocent” jokes, we will be able to think more objectively, without panicking. As a result, we can make much better decisions and get more out of the negotiation. And, let’s not forget, by using humor and releasing tension in the room, we also help our discussion partner, who certainly does not want tension or stalemate either. And even if he doesn’t say it directly, he will surely appreciate the help you give him by using a lighthearted humor.

Many times when I was in tense situations, my sense of humor helped me a lot. An example was the first job interview at Real,- Hypermarket Romania, that I had with the company’s General Manager. I wasn’t stressed, but I had a slight increase in adrenaline. Towards the end of the discussion, suddenly, a very good and relevant joke crossed my mind. It was about a person who learns the difference between being in the recruitment process and being already employed. Obviously, I first asked his permission and only then I told him the joke, upon which the General Manager laughed with tears. The atmosphere became much lighter and I had no more anxiety for rest of the interview. I also got the job, but I guess it wasn’t as a result of the joke (or at least I hope so!).

Another situation in which humor helped me in tense situation was when I had to present to Dimitri Panayotopoulos, who, at the time, was the Vice-Chairman of the Board and Global President of Procter & Gamble. Honestly, I was extremely stressed! It might have been the most stressful presentation of my life, although I had done my homework well and I knew 200% of everything I had to say. In preparation for the presentation, I studied his CV, in which I learned that he was born on the same day and month as me, but several years ahead of me. When it was my turn to present, I introduced myself and told him, smiling, that we share the same birthday, so I know what it’s like to be a Scorpio. He started laughing and said “But I am lucky because I’m younger than you.” Then the ice broke completely and the discussion went extremely naturally.

Humor can help you break a negotiation deadlock and this may make the difference between winning or losing the deal! As part of my responsibilities at  Procter & Gamble, I was in charge for the company’s strategic marketing alliance programs across all Balkans. This included collaboration agreements with the major washing machine manufacturers. When I took over these programs, I started calling or meeting all key stakeholders from the washing machines manufacturers. Calling the Marketing Director of one of them in Italy, I was “greeted” with a shocking opening: he started yelling at me and threatened me to hang up immediately because he no longer wanted to work with Procter & Gamble. Before he could close, I said, “Don’t shoot me, please!” I was puzzled by his reaction, so I continued, “I have no idea what you’re talking about. I took over this project a month ago and did nothing wrong. So why do you want to ‘kill’ me?” Immediately I heard him laughing and felt the tension vanishing. Then he told me about the conflict he had had with the person who was responsible for the project before me. But he realized that we had a chance to have a fresh start. Should I have reacted as my EGO would have advised me, we would have ended the relationship prior to even beginning it! But my sense of humor saved us!

You can also use humor to dodge a question that you don’t want to answer. I personally don’t recommend it because, if the other party is smart, he will immediately see your ploy. And you will risk losing credibility.

I love self-irony! I use it frequently in business and it helps me a lot to relax the atmosphere. Sometimes I say, “How stupid I am! I totally forgot about it.” Sometimes, after a self-ironic joke, I add: “But behind every joke is a kernel of truth.” Self-irony is the surest way to joke without offending the other party, especially if you don’t know him very well. With a well-placed self-irony, you can also see if your partner has a sense of humor. If he doesn’t have it, then you have a problem… and I’m not joking!

If you want to improve your wit, I recommend you read “The Funniest Thing You Never Said“. It contains thousands of funny and witty quotes from world famous people, grouped by categories.

One more advice: when using humor in negotiation, DO IT NATURALLY! Do not act! You are not a professional actor, so if you act, the other party will immediately see it and you will lose credibility. If you are not comfortable with humor, or you don’t feel at ease using it, then don’t! You’ll be much better off!

But in business and in particular in negotiations you can’t just rely on humor! It’s like the myth that in negotiations you just have to know some tactics and techniques and you can win any deal. Far from the truth. We talk about FORM. But form without substance is worthless: you have to be able to properly prepare and run a negotiation if you want to stand a chance of winning. Just applying some tactics or using jokes will make you look lame! And you will NEVER WIN!

To conclude, humor is a great help in advancing a negotiation, especially past a deadlock, in  building relationships and relaxing the atmosphere of a meeting. And just like with any medicine, the right dosage and the right timing are extremely important. Humor should definitely not be overused and should only be used in the right situation and with the right Audience. Having a high EQ and being street smart are extremely important in using humor most effectively.

You can read more about the building long term, mutually satisfactory relationships in a negotiation in The Elite Negotiation – the 3rd International edition.

To learn more about how to win all your negotiations, you can attend “The Elite Negotiator” LIVE Webinars or the LIVE Events.

Negotiation tactics – how to use them wisely, without losing your soul

Barter negotiation – the golden nugget in times of crisis